Paddlefish (Polyodon spathula) is one of only two paddlefish species in the world and is the only paddlefish species in North America, the other is in China. This fish is targeted for its high quality caviar thus making it prone to over harvest and illegal harvest. It is managed differently among states in its range. In some states the paddlefish is a commercial species, in some a sport fish species and in others a state threatened/endangered species.

Description: Meet a freshwater cousin of the shark: the american paddlefish. These bizarre-looking animals are a link back in time… and part of our American Rivers. 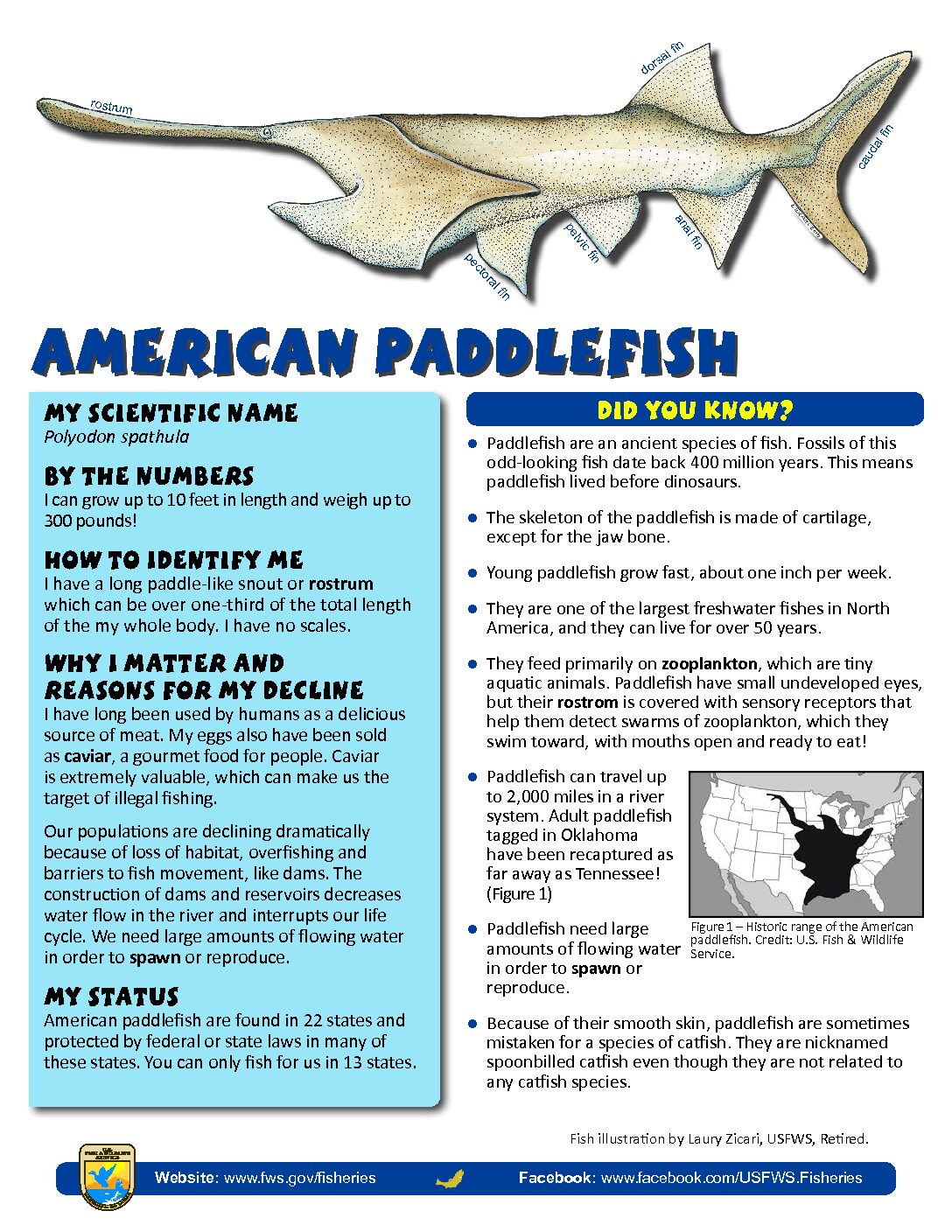 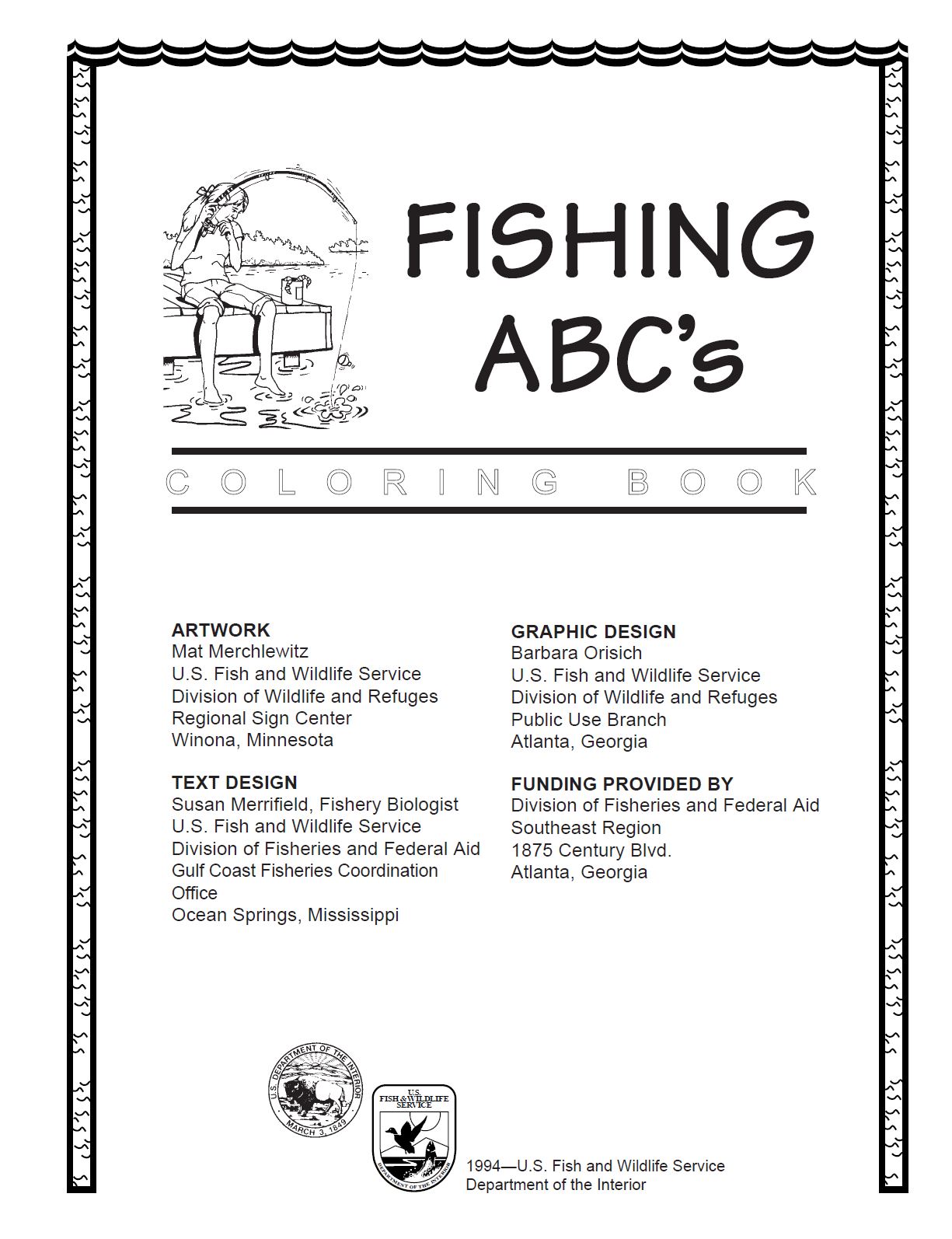 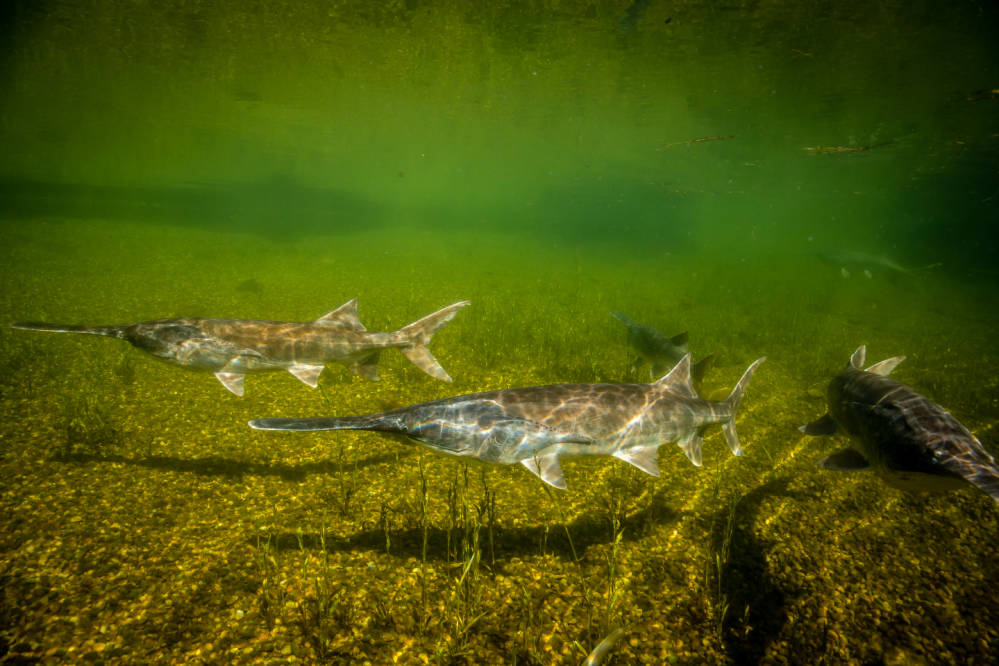 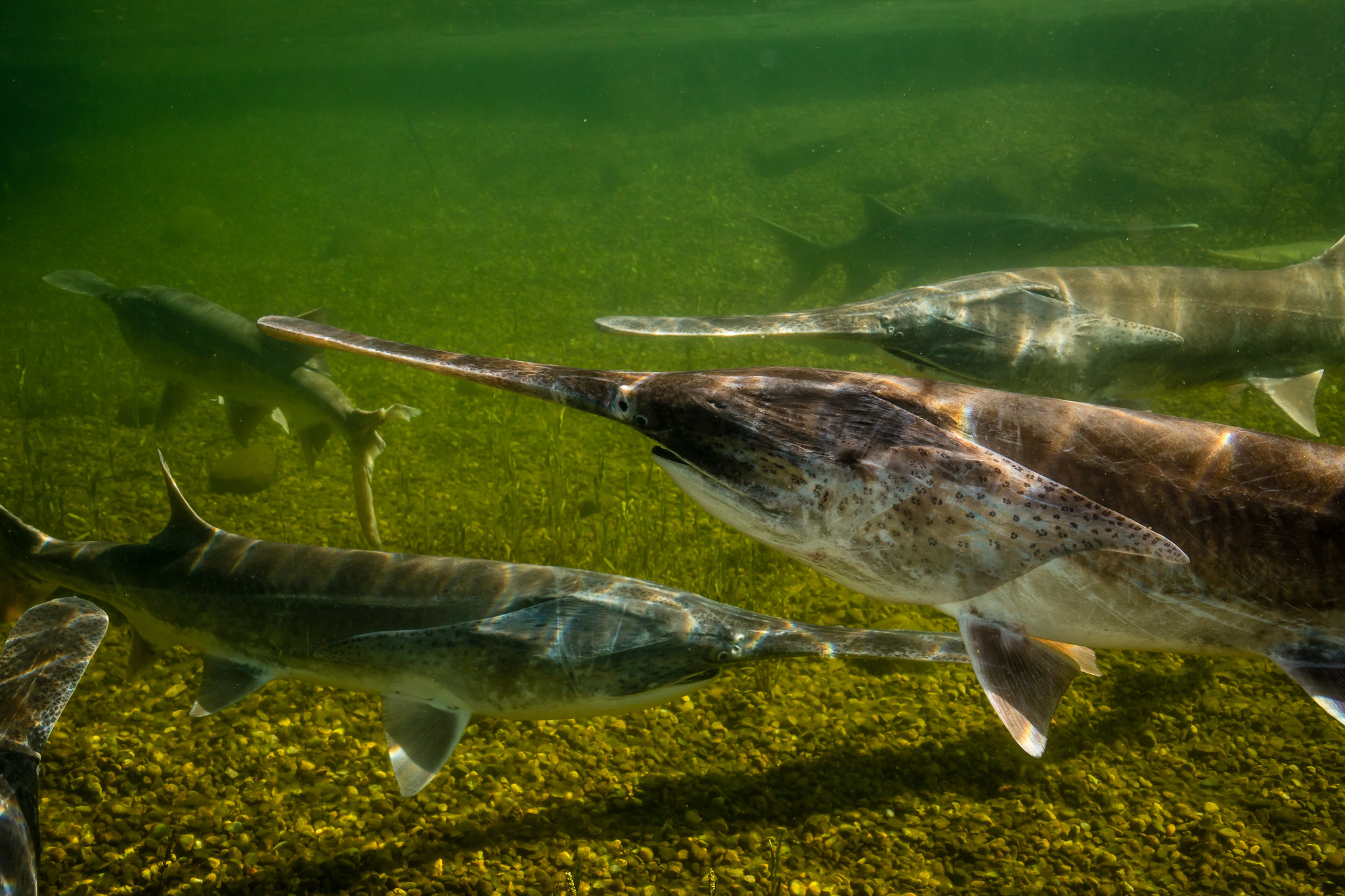